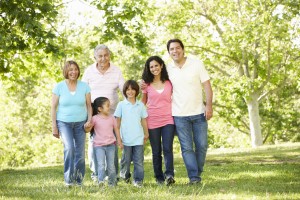 The IRS recently announced the 2016 federal estate tax rate limits, which are $5.45 million for individuals and $10.9 million for married couples. This means that wealthy Americans will be able to leave up to $10.9 million to their heirs without being subject to federal estate tax rates, which top out at 40%. In addition, the federal gift tax exemption will remain at $14,000, meaning gifts made up to that amount will not be taxed by the federal government.

While these estate tax rates have stayed fairly consistent over the past few years, Plano estate tax attorneys have recently been asked by their clients how they think the 2016 Presidential election may affect the federal tax limits. By and large, the answer all depends on who gets elected to the White House, as the political parties and presidential candidates have differing views on what should be done with the estate tax.

The Democratic candidates, through proposals and past actions, are against lowering estate tax limits. Hillary Clinton has a track record of voting against raising the federal gift tax exemptions – in 2006 she voted against raising the exemption to $5 million, and in 2007 she voted against repealing “death taxes.” While she has no specific proposal in place for changing the federal estate tax exemptions, her voting record gives some insight into which direction she may go if elected President. Bernie Sanders, on the other hand, actually does have a proposal in place for what he calls a “Responsible” estate tax, which includes a $3.65 million limit and a 65% top estate tax rate.

The Republican field, by and large, is in favor of either lowering the estate tax limits or abolishing the estate tax altogether. Front runner Donald Trump, along with Jeb Bush, Rand Paul, Marco Rubio, and Mike Huckabee, have all proposed either eliminating the federal estate tax or letting individual states decide whether or not they want to collect estate taxes. John Kasich and Carly Fiorina have not put forth any specific proposals for how they would approach the estate tax, but Kasich eliminated the estate tax in Ohio during his time as governor.

No matter who is elected President, it’s important to note that he or she does not actually have the power to eliminate the estate tax, since Congress is the branch of government that controls taxes. This past year, the Republican-controlled House of Representatives voted overwhelmingly to repeal the estate tax, while the Senate may vote on its own repeal bill next year. That being said, whoever is elected President will have the ability to either veto or sign into law whatever changes are made by Congress to the federal estate tax.

Ready to learn more about protecting yourself and your loved ones?

When you are ready to sit down and discuss your elder law and estate planning needs, contact us.